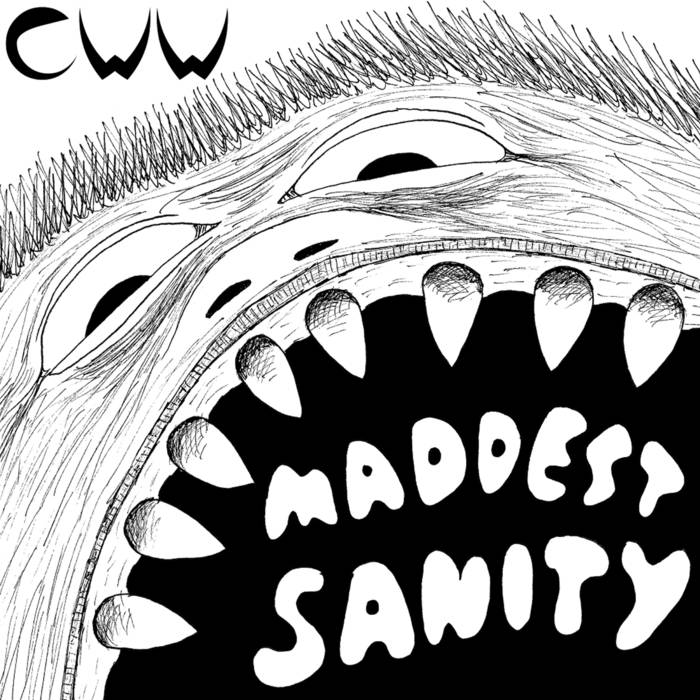 Every track of this album has its own cover and massive beats. It may sound like created by a madman, who left his cave after 10 years of musical isolation.

What happens when a human being spends his whole life in a cave without contact to the outer world and after going out the first thing he does is music? Something like this album happens. It’s mad because beats and melodies are mad – one moment they are drifting far away like a foggy dream, the next moment they are coming back and walk towards you on their massive wolfram pillars. But they’re sane because everything is well structured. Even the seemingly insane rhythmic structures of Innner Peece are quite simple at heart.

Isn’t it too simple? Made with a 10 year old software from basic 10 year old samples? Consider it like a fossil from times when the Matrix was still something new and sensational, and everyone was still listening to trance, not psytrance – the original trance. Like a can with a sample of air conserved with those moments.

Every track is a separate composition, every track has its own unique sound and mood, consider this album a compilation of 10 different stories. And even more – each of them has its own hand-drawn artwork which also is an anachronism in this computer graphic ruled world. Artworks are like impressions that pop into an abstract mind after listening to the sounds.


eww is the constructor of music exploring boundaries between styles. Where do drum and bass ends and ambient drone begin? What’s the difference between soft breakcore and fast experimental downtempo? The one who does not know those answers does a research.

We are the label of subtle, complex and creative electronic music. It can be harsh pulsing noise, dreamy ambient soundscapes, positive relaxed dub or madness of beats. It can make your ears into dodecahedron or your mood as smooth as glass. But if it ignites a spark in your mind, then it is suitable here. ... more

Bandcamp Daily  your guide to the world of Bandcamp

New sounds from Mavi, Ivy Sole & Moderator, plus AJ, the One joins the show, for her latest release